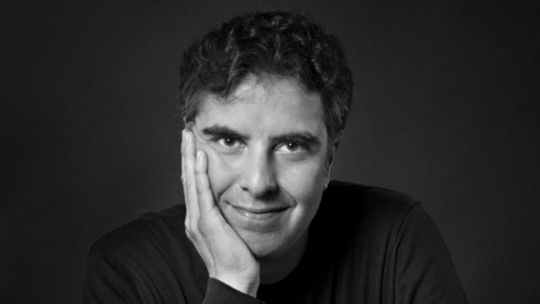 "Pier Francesco Maestrini’s precise direction obtained a concentrated and tense interpretation from both the singers and the orchestra...The director was good at encompassing the private stories and emotions of the three main characters into a broader context, dominated by Fate."
La Forza del Destino
Teatro dell'Opera di Salerno

Born into a family of operatic artists, Marcelo Lombardero has been tied to opera since an early age. He was a member of the Children’s Chorus and the Resident Opera Chorus of the Colón Opera Theater as well as a well-known baritone performing in theaters of America and Europe.

His last performances, before retiring from singing in 2005 to assume the Artistic Direction of the Colón Theater were El Cimarron and L’Upupa by Henze en the Royal Theater of Madrid, Kaspar in Der Freischütz in Buenos Aires and Rigoletto in Chile.

His activity in stage direction began in the Experimental Center of the Colón Theater where he was responsible for the staging of Mahagonny Songspeiel by Brecht-Weill, Al claro de luna with music by Monteverdi, Ravel and Debussy, and Aventures et Nouvelles Aventures by Lygeti.

In 1994 he made his Colón Theater debut as a staging director with Bluebeards Castle, where in 2002 he presented a new production of La Fanciulla del West and later Dialogues des Carmelites by Poulenc, Der Kaiser von Atlantis by Ullman, Der König Kandaules by Zemlinsky, Jonny spielt auf by Krenek and Wozzeck by Alban Berg.He has worked in theaters of France, Spain, Germany, Greece, Chile, Mexico, the Czech Republic, Poland, Colombia, Venezuela, Brazil as well as other performing halls of Argentina such as the Argentine Theater of La Plata, the Cervantes National Theater and the Buenos Aires Lyric Opera with productions of: Otello by Verdi and Rossini, The Turn of the Screw by Britten, La Vida Breve by Manuel de Falla, Tristan und Isolde, María de Buenos Aires by Piazzolla, Bluebeard´s Castle, Tosca, Suor Angelica, Manon Lescaut, Macbeth, Satirycon, La Clemenza di Tito, Le Nozze di Figaro, Rake´s Progress, Lady Macbeth of Mstensk, Ariadne auf Naxos, Carmen and Das Rheingold.
​
He has received the following awards: Argentine Music Critics Award 2004; A.C.E. (Association of Entertainment Critics) 1997, 2003, 2007, 2001; Theaters of the World Award 2003; A.P.E.S. (Association of Entertainment Journalists of Chile) 2006, 2007, 2009; Clarín 2000; Konex- Diploma of Merit 2009; and the María Guerrero Award by the Association of Friends of the Cervantes National Theater. Recently his staging of Lady Macbeth of Msensk for the Wielki Theater of Poznan was named “Best Opera Production” in the Polish 2011-2012 season.